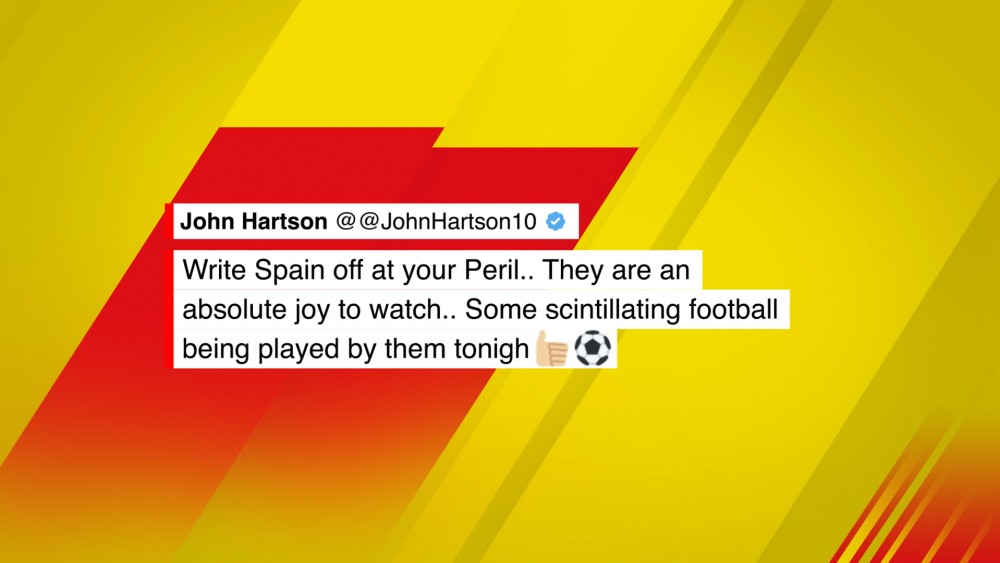 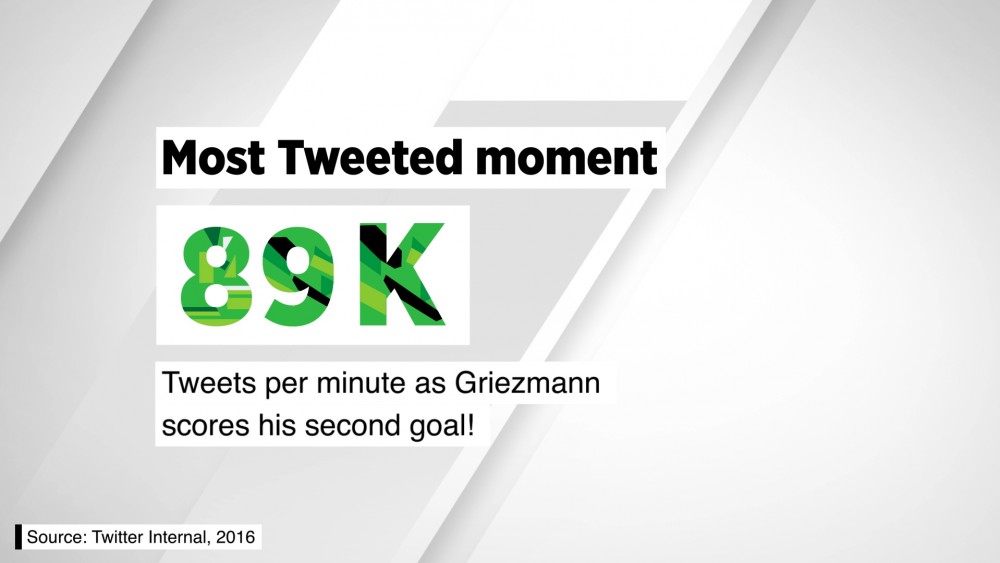 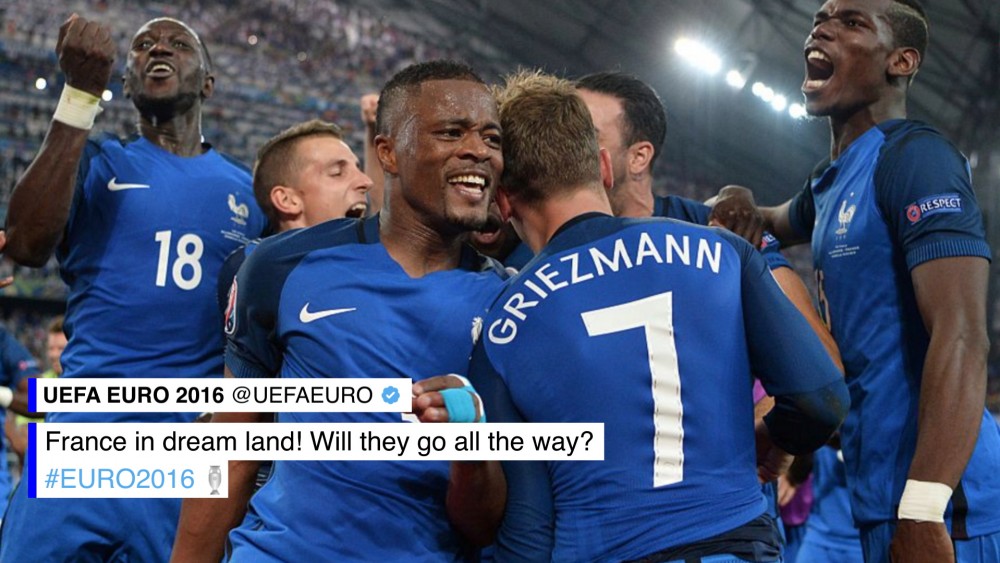 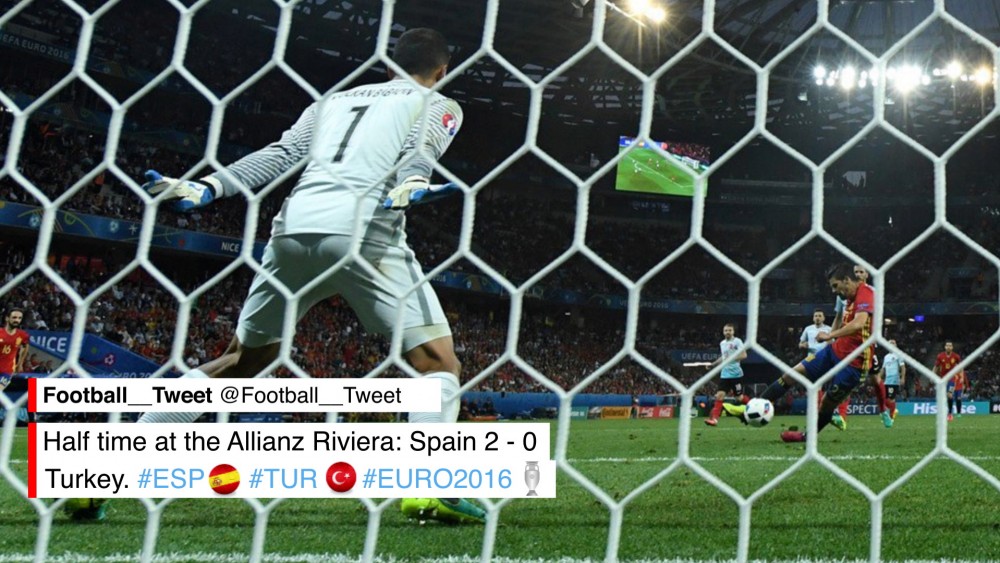 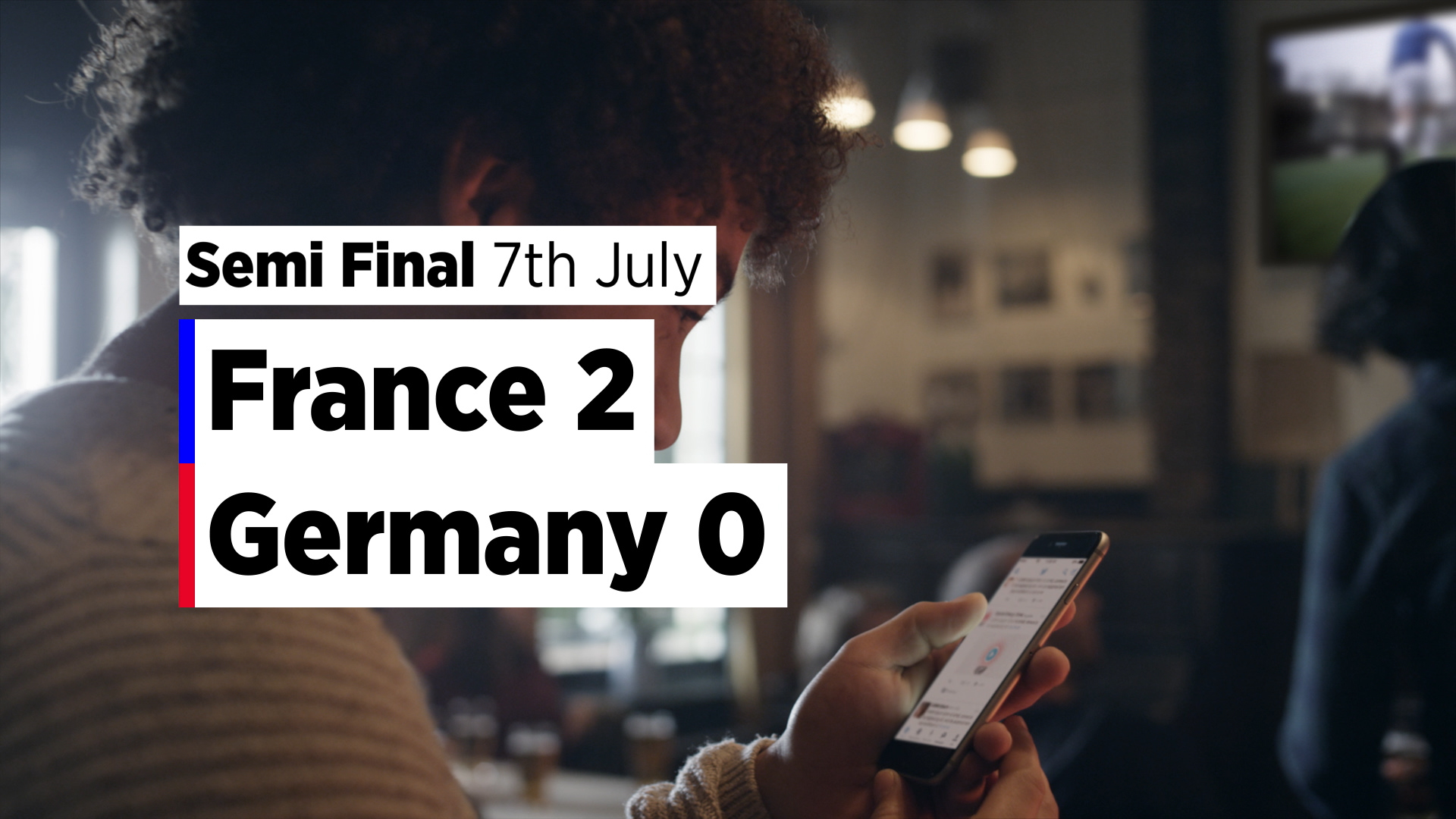 Following the Euro Cup 2016, Twitter put together a compilation of some of the most tweeted moments during each game.  I was tasked to assemble a high energy montage showcasing these tweets and various stats related to each game.  The trick was in getting each video produced as quickly as possible as Twitter is in the business of real-time story telling.

Concept to execution had to be produced in just a couple of hours throughout the tournament.  Smart, clean design solutions mixed with motion elements mimicing Twitter’s UX experience leaves each video branded in the twitter world while allowing the rich media content of each tweet to sit at the forefront.